(GEARY, NB – September 6th, 2021) – Chris Wilson (South Esk, NB) put on a dominating performance on Sunday afternoon at Speedway 660 en route to his third win of the 2021 Atlantic Modified Tour season. After spinning in the opening laps of the race, Wilson was able to rebound to win the Northside Auto Parts 35 on Sunday afternoon at the Geary, New Brunswick oval. It is Wilson’s second win at Speedway 660 this season after winning the Chess Piece Café 35 in July.

Wilson started 5th in the 11 car field and was in possession of the lead by Lap 10, making the pass on point leader Travis Conroy (Miramichi, NB) for the win. Yves McCray’s streak of SpeedWeekend Sunday victories came to an end with a second place finish in the Northside Auto Parts 35. Zean Dutcher (Miramichi, NB) raced from the back to finish third for his fourth podium finish in eight events. Conroy and Kevin Bailey (Minto, NB) completed the top five in the eighth point event of the Atlantic Modified Tour. 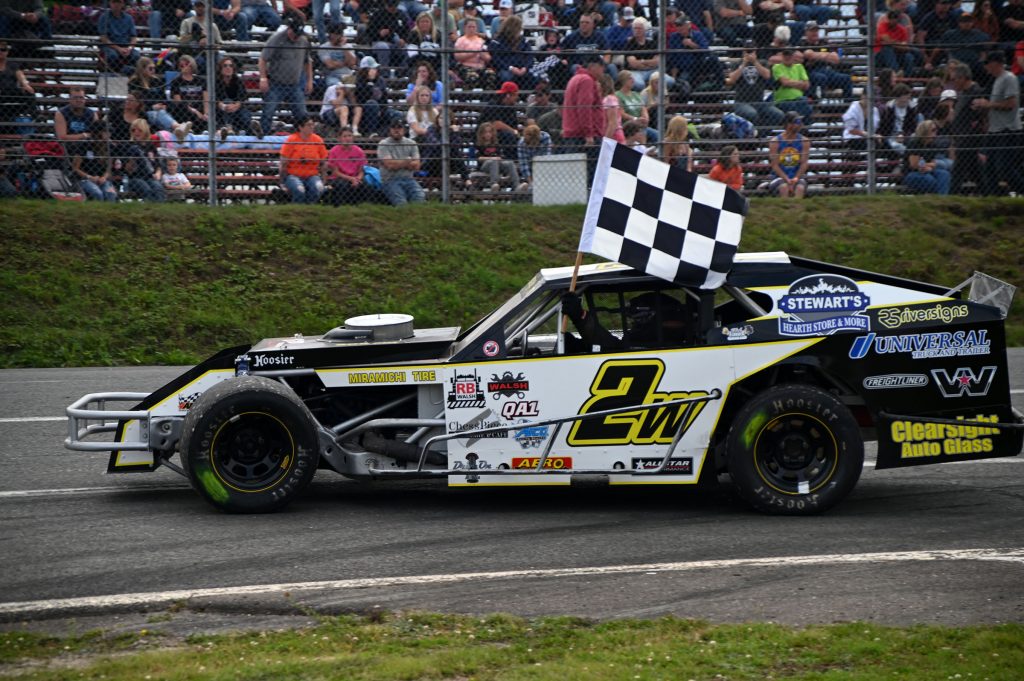 The Atlantic Modified Tour is back in action on Saturday, September 11th at Petty International Raceway with a 50-lap feature on tap. Racing is slated to begin at 6pm.

We use cookies on our website to give you the most relevant experience by remembering your preferences and repeat visits. By clicking “Accept All”, you consent to the use of ALL the cookies. However, you may visit "Cookie Settings" to provide a controlled consent.
Cookie SettingsAccept All
Manage consent

This website uses cookies to improve your experience while you navigate through the website. Out of these, the cookies that are categorized as necessary are stored on your browser as they are essential for the working of basic functionalities of the website. We also use third-party cookies that help us analyze and understand how you use this website. These cookies will be stored in your browser only with your consent. You also have the option to opt-out of these cookies. But opting out of some of these cookies may affect your browsing experience.
Necessary Always Enabled
Necessary cookies are absolutely essential for the website to function properly. These cookies ensure basic functionalities and security features of the website, anonymously.
Functional
Functional cookies help to perform certain functionalities like sharing the content of the website on social media platforms, collect feedbacks, and other third-party features.
Performance
Performance cookies are used to understand and analyze the key performance indexes of the website which helps in delivering a better user experience for the visitors.
Analytics
Analytical cookies are used to understand how visitors interact with the website. These cookies help provide information on metrics the number of visitors, bounce rate, traffic source, etc.
Advertisement
Advertisement cookies are used to provide visitors with relevant ads and marketing campaigns. These cookies track visitors across websites and collect information to provide customized ads.
Others
Other uncategorized cookies are those that are being analyzed and have not been classified into a category as yet.
SAVE & ACCEPT